So I blinked.  And December was gone.  Just GONE.  I literally have no idea where the last 5 weeks went; all I know is that 2 weeks at home was still not enough time to recharge.  Turns out my Jefe and I were running on some very faint fumes towards the ends of 2013 and two full weeks away from LA was STILL not enough time to recharge…. but on to a new year and a fresh start including my #1 resolution – GET MORE SLEEP.  I’ve actually been doing a decent job of that in the last week and I can honestly say it makes a world of difference.  Who knew how much an extra hour of sleep could help?!

In the coming weeks, I’ll be going back in time as I recap the insanity that was the holiday season at chez Sledge including my second attempt at cooking an entire Thanksgiving meal and my DIY table runner, some cross-continental Christmas decorating (say that 3 times fast) with ideas for next year, and a run-down of all of the awesome things Jefe and I were lucky enough to do (including celebrating a VERY big birthday for yours truly).

But on today’s agenda, I figured I’d ease us out of the holiday season with a glimpse at what this girl was lucky enough to find under the tree from the jolly fat man as well as a few things from the birthday fairy (you know us December babies are accustomed to the combo gifts, so why not a combo list?!) 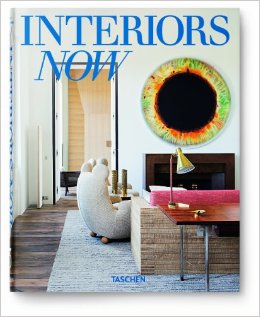 1.  Interiors Now 3 – This was a great gift from my co-worker who knows how obsessed I am with interior design (maybe it’s all those blogs I’m reading during lunch…)  It features some great international spaces as well as Jonathan Adler’s retreat with Simon Doonan on Shelter Island. 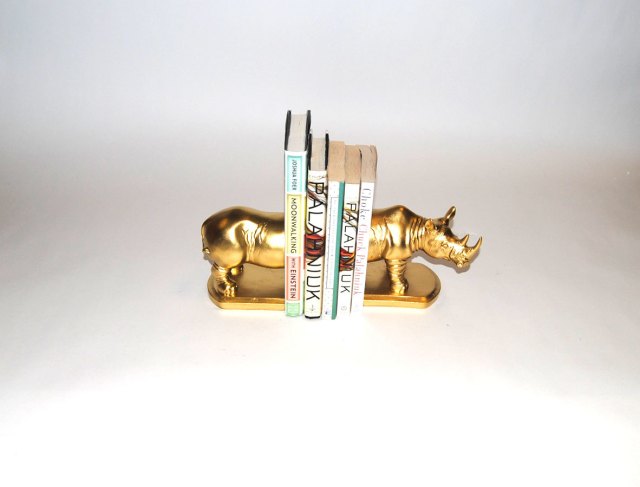 2.  Gold Rhinoceros Bookends – These incredible pieces of awesome were actually a gift from the boss lady who really has pretty impeccable taste.  It took some serious Jefe convincing as his style is less whimsical mammal and more “real”, but he knew he couldn’t say no with how much I truly loved them.  So they’ve already found their place, albeit a low, more out of site one, but they’re on the bookshelf nonetheless. 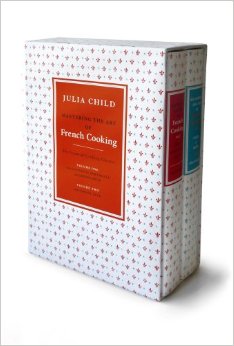 3.  Mastering the Art of French Cooking (2 Volume Set) – New Years resolution #2 (ok, I lie, #2 was drink more wine, but this came in a very close 3rd…) was to learn how to be a better cook and to do it more often.  Jefe’s response: “I can get on board with that.”  Ever since I saw Julie & Julia, I’ve been dying to learn the art of a creating the perfect boeuf bourguignon and how to poach an egg.  I started reading the first few sections in the days after Christmas and I can’t WAIT to try my first recipe.  It’s really a book for a beginner – I love that she goes in to the details of the types of cooking gear you need, including what is and is not really necessary as well as definitions of words commonly found in recipes which until now I had just been pretending to truly understand.  Needless to say, I’m so excited to finally have this set in my kitchen arsenal.  I have, however, made the definitive decision to skip the section on aspics…..

4.  Kate Spade Crossbody Purse in neon orange (Similar stye here)- This one was a huge surprise from Jefe’s brother and sister-in-law, Rachael.  For both my birthday and Christmas this year she picked up on a few things that I was really crushing hard on thanks to Pinterest.  Next thing I know, I’m unwrapping them.  Amazing.  And the bag is exactly what I need – it’s small so there’s no fear of it turning into a Mary Poppins situation and it lays perfectly in front of you so it’s easy to pull anything you need in and out.  And due it’s size, it’s SO MUCH LIGHTER.  It makes travel a breeze.  I’m obsessed.

5.  Vista Explorer Tripod – Less of a resolution and more of a goal was to take better pictures for the blog (and life in general).  Its become apparent that that could not happen with these two shaky hands.  So thanks to this gift from Momma Sny, I have no excuse.

6.  Baggu Sailor Stripe Weekend Bag – For those that don’t know, I have tourettes syndrome when it comes to stripes.  Jefe knows there is no stripe that I don’t like.  I saw this bag while we were browsing some of the little shops along 3rd Street in West Hollywood awhile back and he knew I just had to have it.  He’s kind of amazing like that. 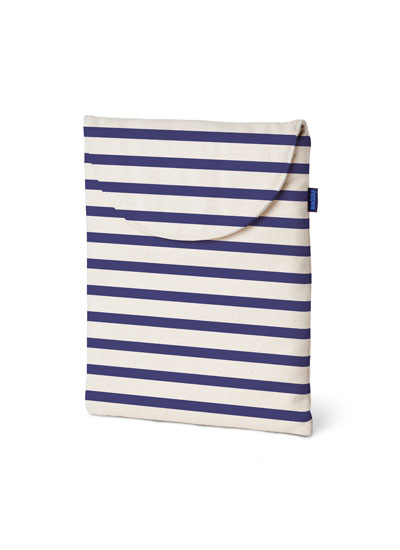 7.  Baggu Sailor Stripe iPad Case – And what’s a striped bag without a matching iPad case?!  This one unfortunately was NOT a keeper as it only fits naked iPads (I have the smart cover and a clear protective backing on mine) but I loved it SO much and really wish I could have kept it.  I did, however, get to keep the third part of the striped gift explosion: Striped Zipper Bags.

8.  Cocoon GRID-IT Organizing System – Do yourself a favor.  Trust me.  You should never lose a cord again while traveling with this thing.  Its already made life SO MUCH easier.

9.  Kendra Scott Earrings – Another Rachael find in one of my favorite colors that has been on my list for the last 2 years.

10.  Shoes, shoes and more shoes – Jefe was the shoe fairy this Christmas despite the fact that he’ll now have to empty out a bit more closet space to make room for these beauties…  I’m not so sure he thought this one through but I love him all the more for it.

11.  Gift cards galore – One of which was an exceptionally generous card for Barnes & Noble from Jefe’s parents.  I fully intend to pick-up a few of the other books that were on my Christmas list including Nate Berkus’s newest The Things That Matter as well as Barefoot Contessa: Foolproof by Ina Garten which I’ve been longing after seeing numerous delicious recipes featured over on Jenny Hobick’s blog.
So there you have it – the highlights of the 2013 Christmas haul.  I was very lucky this (and every) year for such a generous family and my Jefe.  Next year I think I’m adding an extra week with all of them to my Christmas list.  It was so nice being home!