Most of you are probably thinking WTF if you happened to catch this week’s finale episode of Ellen’s Design Challenge.  I admittedly was putting it off (have you noticed my lack of recaps the last two weeks?!) because I honestly have become rather bored with the show.  I was also pretty peeved after they gave Carly the boot for that stellar couch.  But with all the hype about “a shocking final twist” to this week’s episode, I figured I’d better tune in.

First off, the show as so overproduced.  How many times and in how many ways do they have to recap all of the past episodes and our final designer’s past pieces?  I feel like I lost 5 minutes of my life I can’t get back.  Even Jefe noticed.  It was like they didn’t have enough content to fill the 60 minutes of the episode and needed to find something to fill the missing time.  But it’s reality, there’s hundred of hours of footage so I’m sure that wasn’t the case.  So it really boils down to bad editing and final say by the producers.

Now on to the actual episode.  To begin, the intro with our designers visiting The Reef – it seemed so set up and scripted.  It didn’t really make sense to have them travel there and be greeted by an audience (is this the same audience we see 3 days later?  Did they sleep there?  Or did they all just come to the Reef for 15 minutes of applause?  Inquiring minds want to know!)  Also, it seemed weird to travel to the Reef, that contains a plethora of design, and not integrate it in to the show somehow.  What was the purpose of that?  And let’s get real – no on in LA rides in those silly looking limos anymore.  A non-marked black SUV or town car will do.

Now on to the construction phase.  I loved Katie’s initial inspiration (her uncle’s trunk and its many uses) and how that evolved in to her design. 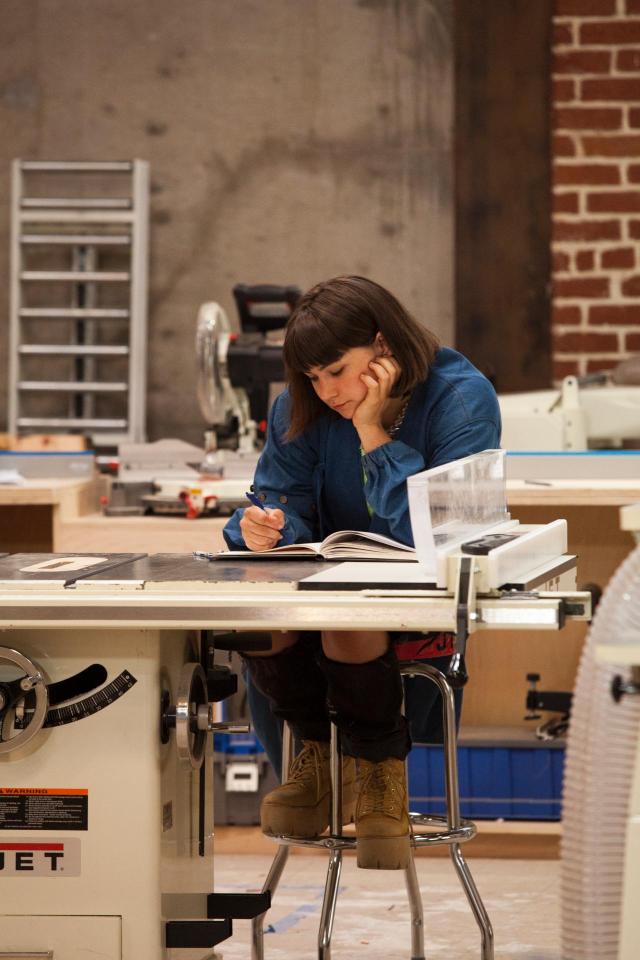 And her picking the the zebra and purple heart wood?  It was just so HER.

Now for Tim – I really didn’t feel like they delved in to his inspiration much at all.  Maybe that was intentional editing in post based on the final outcome, but I felt like I wanted to hear more about his inspiration (or is it “inspiration”?) 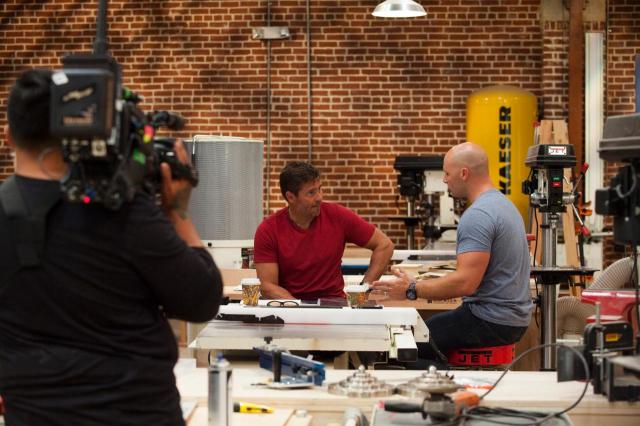 The final judging and deliberation seemed to drag on unnecessarily just to add drama.  It was a nice added touch to bring in the final designers’ families but their interactions all just seemed awkward, like so much of this show (I think next season, if there is one, could benefit from some better casting for more TV friendly personalities). 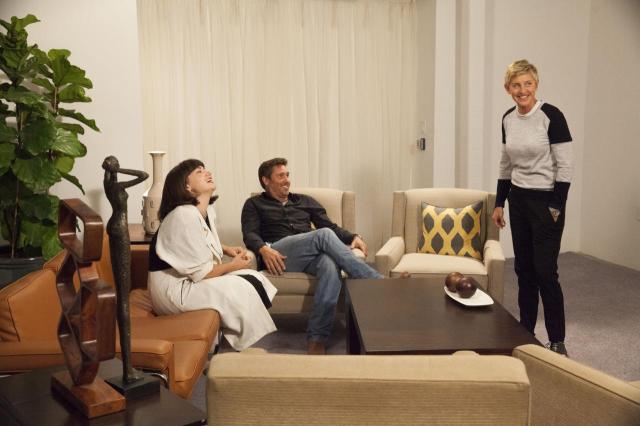 For the actual pieces, I thought they were both rather inventive while being multi-faceted.  But they were both console tables with other functions which made it seem like they had a specific challenge to fulfill instead of the wide open “make something original” blanket statement.  Both pieces did scream their designers’ personalities though.

In the end, the judges chose Tim as the overall winner, which I totally disagreed with.  I felt like Katie challenged and stretched herself much more than Tim while creating an innovative, aesthetically pleasing AND functional piece.

Tim’s was functional and stunning, but to the judges’ point, you can’t put anything on top of it based on the way it opens up.  But in the end, they thought his piece was more of a standout.  Tim went on to win a $100K cash prize from Wayfair and a spread in HGTV magazine.  Why Wayfair didn’t offer to create a custom collection for the winning designer is beyond me.

Now, on to the controversy.  I’m going to preface this with the knowledge that I work in the entertainment industry and have a lot of experience with the in’s and out’s of reality shows, particularly competition shows.  In the days following Tim’s win, someone (that remained nameless) discovered that his piece was a near identical copy to a piece by a European designer. 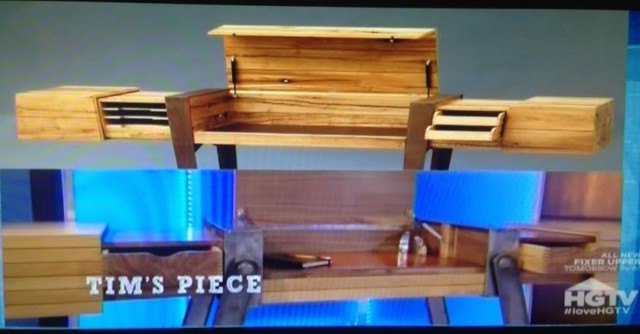 The show faded to black and cut to one week later where Ellen meets up with Katie and crowns her the winner due to Tim being disqualified.

There’s very little explanation about what happened.  And for a contestant that was clearly a frontrunner from the first episode to be disqualified with no additional information was infurating to many fans.  He was not my favorite but I certainly understand the sentiment that the series really left the viewer hanging.

As for the actual situation, that’s on the producers.  It should have been handled better and then addressed properly in the show.  They bragged about how many designers were in the audience of the finale – how did not ONE of these professionals recognize a copy?  And where was the behind-the-scenes staff during deliberation?  They should have been researching their butts off to ensure that they crowned the true winner who earned that title.

In the end, it seems Tim did replicate an existing piece.  So that’s on him.  However, the show really did a disservice to its viewers and to its self for future seasons by the way they handled all of this.  For a show I was already on the cusp of canceling from my DVR recordings, its left a bad taste in my mouth.  Not to mention you shouldn’t have an A-List celebrity advertise the hell out of something and only show up a handful of times.  Ellen, I love you, but your lack of on-camera contributions was dually noted.

So – what did you all think?  Did you feel gypped and let down by how the show handled the “scandal”?  Were you disappointed in Tim?  Or did you just feel like the last few episodes have been a waste of time that you could have spent watching Fixer Upper (omg, I’m obsessed and want to be Joanna Gaines when I grow up!)

I feel like she & I are kindred spirits 😀 (source)