Last weekend Jefe and I hit the road for a much needed weekend away.  We’re big baseball fans and have been wanting to hit up Dodger spring training in Arizona for quite some time.  So after a rough couple of months at work for both of us and recent 3 year anniversary, we decided to ditch the Blackberries and get the heck out of Dodge.

Headed due east, we drove to Phoenix last Friday and took our 2013 Edge on it’s first real road trip.  During our 6 hours on the 10 freeway, we encountered (albeit from the safety of our heated leather seats) snow capped mountains, some infamous dinosaurs (thanks Pee Wee!), the most amazingly vibrant double rainbow I have ever seen, an INCREDIBLE lightening storm and a monsoon-style rain storm.  We arrived in downtown Phoenix just in time to catch the last half of the US vs. Mexico in the World Baseball Classic.

Then on Saturday and Sunday, we hit up 3 more games.  The Dodgers picked up 2 more wins as did the US in their game against Italy.  Besides all of the baseball though, one of the highlights was our night out on Sunday when we took a breather from games and had a date night.  About a mile from our hotel, we found a great barbecue joint, Bobby Q’s, which happened to be rated EXTREMELY well on Yelp (seriously, what did people do before Yelp?!). 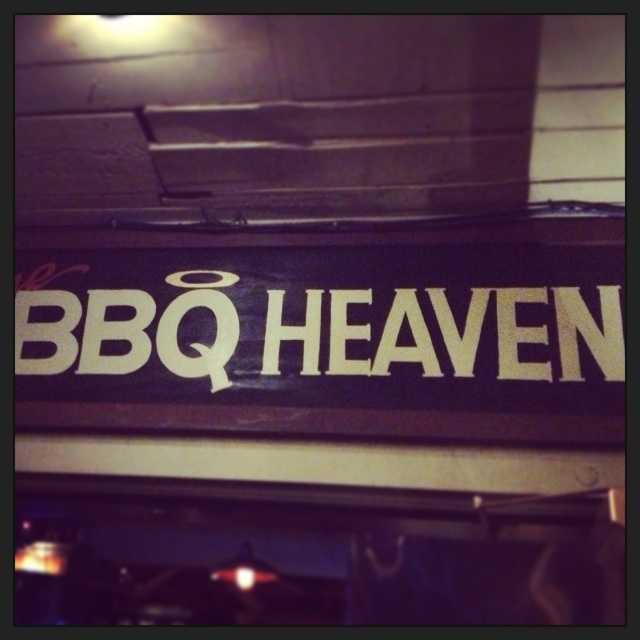 I was pleasantly surprised when we arrived at how amazing the place looked.  In LA, you don’t see a whole lot of brick, let alone the real stuff that would immediately collapse mid-earthquake.  This place appeared to be built entirely out of the stuff.

From the outside patio, through the lobby and in to the restaurant was this great combination of rustic, industrial and Southern charm. 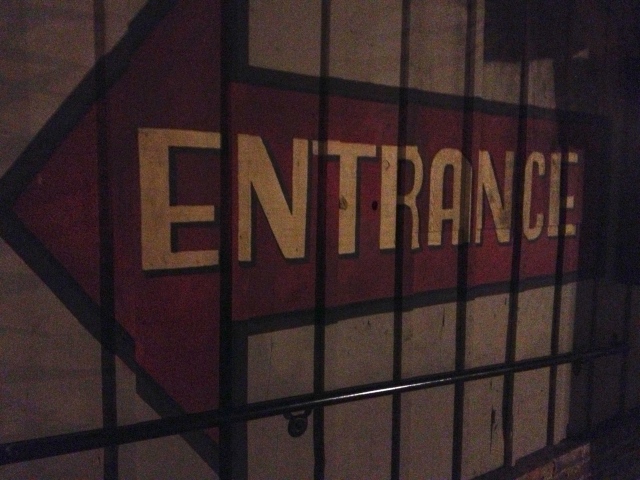 It was this incredible mix of repurposed architectural features and flea market/vintage finds.

(that’s a painting of a giant cowboy on the wall)

And the ceilings were made of these amazing pieces of wide-planked reclaimed wood.

As for the food, we were thoroughly pleased.  They boast authentic St. Louis style ribs which we had to try.  They were delicious– finger-licking good even, along with the side of grilled veggies and some amazing cornbread; you can never go wrong with corn bread.  Our one gripe, however, was the mac and cheese, which we tried based on many positive Yelp reviews.  Well it turns out that Jefe and I are mac and cheese snobs.  We’ve had our fair share recently at numerous “new” American style restaurants in LA and we’ve become connoisseurs of sorts.  Well, Bobby Q’s, we could taste Velveeta.  If you’ve never had true, honest to God, made-from-scratch mac and cheese, I could see why one might think it’s amazing.  It was creamy.  But the taste just wasn’t quite right.  If I’m paying more than $5 for mac and cheese, I except something other than what possibly had Kraft on the label 20 minutes ago.

Anyways, overall we were pretty pleased.  And the drinks (mine of course was served in the all-too-trendy mason jar) potent and quite tasty.

We finished up our date night with a late showing of “Oz, the Great and Powerful.”  As a truly die-hard Wizard of Oz fan (and someone who is well too aware of how much Hollywood can screw up a great story), I was thoroughly impressed.  Highly recommended viewing even for the most devout of fans.

By Monday, Jefe and I were forced to get back on the road.  Luckily we didn’t run in to any monsoons or bolts of lightening, but we did get some amazing views of the desert.

Oh vacation, you were way too short.

One thought on “BBQ Heaven”